The Museum of the Banjica Concentration Camp

The Museum of the Banjica Concentration Camp is dedicated to the memory of the prisoners and victims of the Nazi concentration camp from the World War II. The first permanent exhibition, in limited space, was opened in 1969. In 1983, the new exhibition, based on a different concept, was set up on approximately 450 square metres, and in 2001, an altered permanent exhibition, amended to include recent research, was presented to public. Documents, posters and photographs, together with a scale model of the concentration camp make the framework for the presentation of personal belongings, original drawings, sketches and handicrafts made by prisoners. The exhibition includes 400 items. Of particular interest is the Memorial Hall with an authentic reconstruction of a prisoners’ room and an isolation prison cell that strikingly depict the dreary atmosphere surrounding prisoners.

The Banjica Concentration Camp was established on July 5, 1941 in the building of the 18th Infantry Regiment of the Army of the Kingdom of Yugoslavia, whereas the first prisoners were brought there on July 9. About 24,000 prisoners, mostly Serbs, but also members of other ethnic groups, passed through this concentration camp. Until today, 4,200 shot camp prisoners have been reliably identified. Thousands of prisoners who were deported from the camp throughout Europe should also be added to that list. The camp was abolished on October 4/5, 1944.

We invite you to take a look at the objects displayed in Banica Concentration Camp.

E-mail: This email address is being protected from spambots. You need JavaScript enabled to view it. 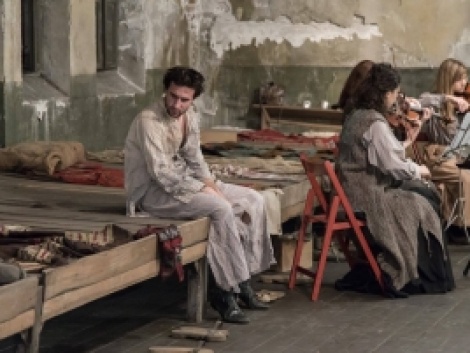